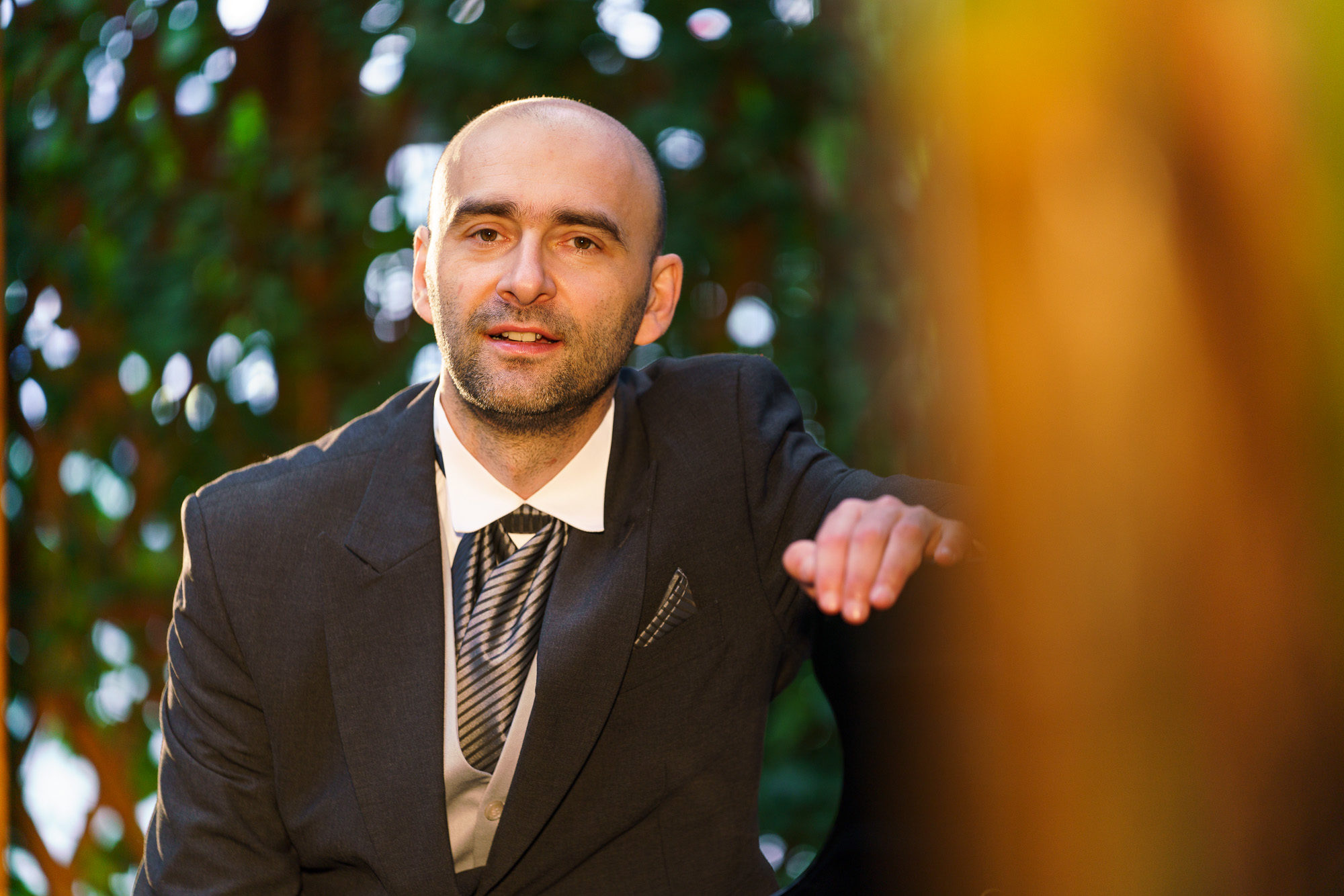 Wojciech Waleczek is recognized internationally as a pianist with uncompromisingly high standards in performance. Artist, born in 1980, has been pursuing a robust concert career playing as soloist with symphonic orchestras, solo piano recitals and chamber music concerts in the 27 countries of Europe as well as in Kazakhstan, Kyrgyzstan, Uzbekistan, Jordan, Tunesia, Palestina, Algeria, Iran, Iraq, Qatar, Japan, Brazil, Argentina, Uruguay, Guyana, Suriname, Canada and the USA.

Wojciech Waleczek has graduated with a distinction from the Academy of Music in Katowice, Poland in a piano class of Prof. Zbigniew Raubo in 2003. He continued his studies with Prof. Lee Kum-Sing in the Vancouver Academy of Music, Canada. He received the degrees of Doctor of Arts and Habilitated Doctor of Arts from the Academy of Music in Bydgoszcz, Poland (2014 and 2017) as well as the tittle of Professor of Arts from the President of the Republic of Poland (2022).
Pianist was awarded by the Prime Minister, the Minister of Science and Higher Education and the Minister of Culture of the Republic of Poland, by the presidents of Katowice and Gliwice as well as by the Regional Council of the Silesian Province and many other private and public institutions.
Beside concert activity he works as a Professor at the University of Silesia in Katowice.

He was awarded the Decoration of Honor „Meritorious for Polish Culture” by the Polish Minister of Culture and National Heritage in 2017, the Honorary Badge for Merits for the Silesian Voivodeship from the Silesian Council in 2018 and the Bronze Cross of Merit by the President of Poland in 2019.